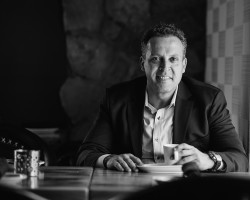 Owner Carlos Melendez has turned his dream into a 19 year commitment to providing a warm family, one of a kind ambiance with authentic regional dishes as the Pollo Enchiladas Mole to traditional family recipes like the Chile Abuelita and the house made Margaritas. 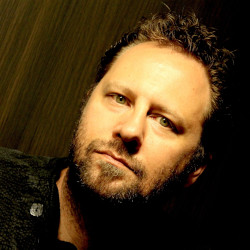 What happens when a native Californian becomes a chef, travels the planet, speaks his mind in blogs and books, records albums, and generally makes a life of being a constant interpreter of what he sees, tastes, smells, and thinks? Well, ask Chris Hora. After attending California Culinary Academy – Chris worked in Los Angeles for Wolfgang Puck, Hans Rockenwagner, Drai’s, Century Plaza hotel and set off to Europe. Once there chef Hora partnered on a ski chalet in the french alps, opened a California cuisine restaurant in Prague, consulted on openings in Russia, Finland, Belgium, Germany, Austria… Whilst in Prague Chris worked on an album of atmospheric and cloudy tunes as the writer and guitar player and started working on his second novel since he thought nobody would read his first one.

From there it was back to the States to work as a consulting executive chef on projects in LA, Denver, Jackson Hole, Philadelphia, Houston, and New Jersey before opening his third venture in Philadelphia – Root. Then a quick detour through Baltimore en route back to LA. Once there our wandering chef headed up the Shanghai world expo as Executive Chef V.I.P. U.S. Pavilion, World Expo 2010 Shanghai, China. The work was as long as the title and gave chef Hora the opportunity to serve the only State Department dinner outside of Washington D.C. for Secretary of State Hillary Clinton as well as many of the world's dignitaries and business leaders. This was new even for chef Hora, who had previously served seven presidents.

After a couple of quick consulting jobs in Chicago, Finland, Berlin, and Prague Mr. wanderlust moved back to his beloved LA and did some work with food network on Chef Hunter and has shot a few pilots for other projects before returning to China to do TED X talks in Hong Kong and Prague whilst developing concepts for hospitality groups on every continent.

Now in Pennsylvania again working with his Mexican soul mate in business, Carlos Melendez to revive the 25-year-old Coyote Crossing, bringing his global sensibilities and love of contemporary Mexican cuisine to the table and. In the dark days of the plague Hora has recorded a new album and is still writing things nobody will want to read. The journey never ends.

"My philosophy on food is simple. Everything is good if you make it right. I’ve been all over the world and eaten from street carts and Michelin starred restaurants; it comes down to one thing: caring! If you care about what you are putting out and the ingredients are great, your final product will be great. It’s sustenance, but also the gateway to culture."